New to Our Community? 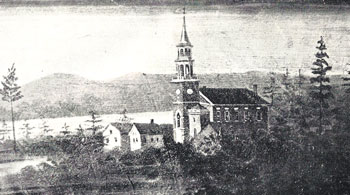 In 1797, the “First Society for Social and Public Worship in the Town of Burlington” was founded by those citizens who wanted religious services to be available in the community.  Church-going was not a high priority among Americans after the Revolution, and only a few of the about 2000 Burlington residents were interested.

Within 10 years, this First Society divided into liberal and conservative factions, mirroring what was happening throughout New England. The Society’s first minister, Dr. Daniel Sanders, refused to enter the controversy, and he resigned in 1806 to devote himself to his position as president of the University of Vermont. 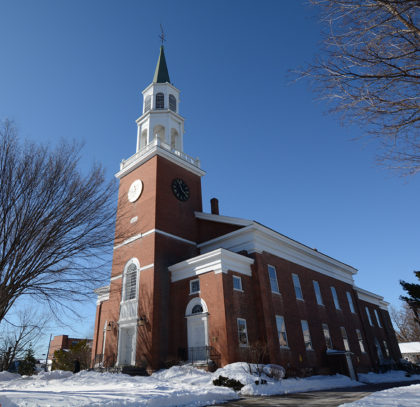 In 1814 the Society purchased, for $1000, a five-acre overgrown pasture on the northern edge of the village of Burlington.  The Brick Meeting House — as it was called — was built in 1816.  The massive timbers came from the Browns River Valley, the brick was fired in Burlington, the foundation stone came from the local quarry, and the nails were hammered by hand. Costing $22,185.34, it is the oldest surviving place of worship in the City and the most recognized landmark of Burlington.

Over the years, significant renovations, additions, and repairs have been made to improve the building, adopt changing styles, accommodate the growing congregation and make it more accessible and energy efficient.  Solar panels over part of the parking lot provide our electricity for much of the year, and studies are underway to make our Meeting House fossil-fuel free and net-zero. 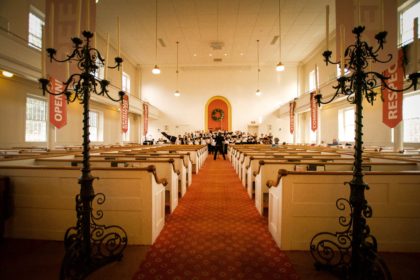 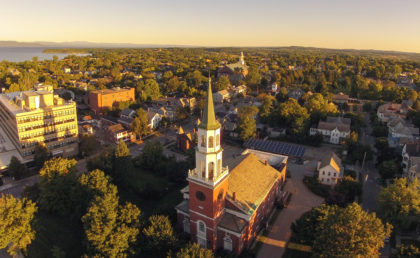 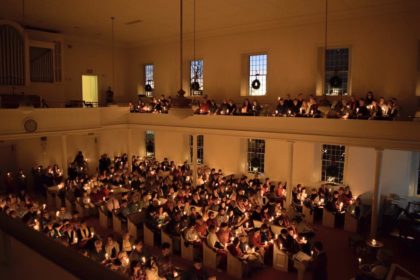